Are You Curious, What Is The Mind?

Want To Learn How You Can Grow A Healthier, Integrated Brain?

Interested In How Quantum Physics Is A Gateway To Understanding Thoughts?

Join Us For A Mind Opening Interview With Dr. Dan Siegel! 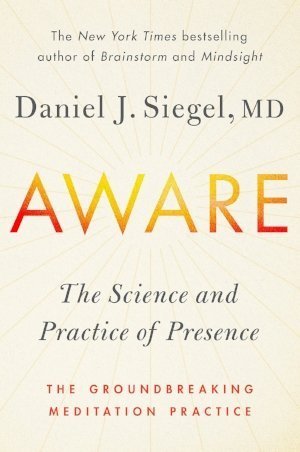 In this episode, Diana interviews Dr. Dan Siegel about his new book, Aware: The Science and Practice of Presence. Dr. Siegel describes interpersonal neurobiology and how he has learned from mathematics, anthropology, biology, physics, sociology, and neuroscience to understand the mind. He discusses a powerful practice called The Wheel of Awareness, which cultivates focus, interoception and inter-connection. Dr. Siegel dives into quantum physics to describe how thoughts arise as a flow of energy in the mind.

Dr. Siegel is a clinical professor of psychiatry at the UCLA School of Medicine and the founding co-director of the Mindful Awareness Research Center at UCLA. He is also the Executive Director of the Mindsight Institute which focuses on the development of mindsight, which teaches insight, empathy, and integration in individuals, families and communities.

Dr. Siegel has published extensively for both the professional and lay audiences. His New York Times bestsellers are: Mind: A Journey to the Heart of Being Human, Brainstorm: The Power and Purpose of the Teenage Brain, and two books with Tina Payne Bryson, Ph.D.: The Whole-Brain Child and No-Drama Discipline. His other books include: The Developing Mind (2nd ed.), Mindsight, The Mindful Brain, The Mindful Therapist, The Yes Brain (also with Tina Payne Bryson, Ph.D.), and his upcoming book Aware (2018). Dr. Siegel also serves as the Founding Editor for the Norton Professional Series on Interpersonal Neurobiology which contains over sixty textbooks.

The Wheel of Awareness Practice Image and Guided Meditation

Aware: The Science and Practice of Presence by Dan Siegel

Brainstorm: The Power and Purpose of the Teenage Brain by Dan Siegel

About the Author: Psychologists Off The Clock

Hosts of Psychologists Off The Clock Podcasts